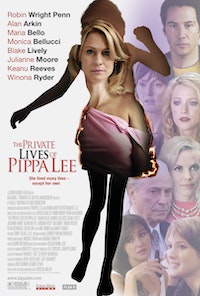 After nearly two decades caught under the wing of an aging husband (Alan Arkin), devoted mother and housewife Pippa Lee (Robin Wright) undergoes a midlife breakthrough. Unearthing the sexually curious wild child of her teens (as portrayed by Blake Lively), Pippa sparks a relationship with a kindred soul (Keanu Reeves). Robin Wright delivers a stunning and revelatory performance in Pippa Lee; a wry, moving, and complex portrait of the many lives behind a single name.