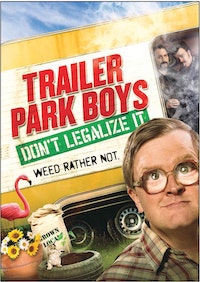 The Trailer Park Boys are back to face the biggest threat to their pot business yet: legalization. With ex-park supervisor Jim Lahey and his shirtless cohort Randy hot on their tail, Ricky, Julian and Bubbles are in a race across Canada to make legalization go up in smoke.