Street Gang: How We Got to Sesame Street
Press Area

Street Gang: How We Got to Sesame Street 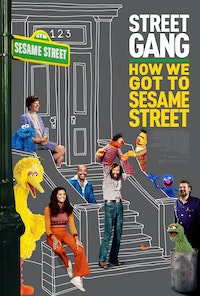 STREET GANG: HOW WE GOT TO SESAME STREET reintroduces this visionary “gang” of mission-driven artists, writers, and educators that audaciously interpreted radical changes in society and created one of most influential and impactful television programs in history. Inspired by the activism of the late 1960s, socially conscious television executive Joan Ganz Cooney and Sesame Workshop co-founder Lloyd Morrisett conducted a revolutionary experiment: to harness the burgeoning power of television and create an educational, impactful, uplifting and entertaining show that could reach children nationwide, especially those living in urban areas. Cooney recruited trailblazing Muppets creator Jim Henson and acclaimed children’s television writer and director Jon Stone to craft the iconic and beloved world of “Sesame Street.”