The Face of an Angel
Press Area

The Face of an Angel 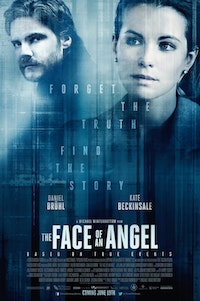 Based on true events of the controversial case of an American student accused of murder in Italy, journalist Simone Ford (Kate Beckinsale) and a filmmaker Thomas Lang (Daniel Bruhl) lose themselves in a notorious murder case they are covering. Caught up in the city's seedy underbelly and the media frenzy surrounding the horrific murder, Thomas begins to question the motives of the people around him as the mystery proves greater than he imagined.