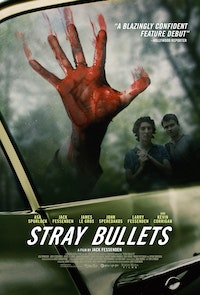 In 16-year-old Jack Fessenden's directorial debut, teens Connor and Ash head to Ash’s father’s trailer for the weekend. When three crooks on the run from a hitman stash their car nearby, they seek refuge inside the trailer holding the teens hostage. Connor and Ash must now help the criminals before the hitman kills everyone in his wake.